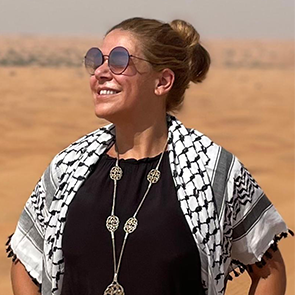 Alessandra Silvestri von Bismarck’s extensive experience in the diplomatic world con-
tribute her access to governments leaders and regulatory agencies, advising in the

process of implementing new technologies in existing markets. She served as French
General Consulesse in Sao Paulo, Brazil, 1997-2000, French Ambassadress in Cuba 2000-
2003, at both occasions elected President’s of the wife of Ambassador’s respective

problematic areas.
Art affectionate and collector, she teamed up with the Cannes Film festival for ten years,
has conduced interviews with over one hundred Hollywood and European film and music
celebrities, curated several art exhibitions, she was the International director of the most
extensive film archives in Latin America, the Brazilian Film Foundation and advisor to the
European most prestigious one, the Cinematheque Française, creating preservations Film
founds at both. During the past sixteen years she is focused in disruptive technologies
and renewable energy having implemented innovative IT companies in the European and
Latam markets.
Alessandra is keen in developing effective strategic partnerships to scale and globalise
disruptive business in the energy, fintech and decentralise finance business which are
complaint with at least one of the seventeen Sustainable Development Goals set by the

United Nations. Due to her international experience, she has the ability to interface cul-
tural differences creating successful cross-cultural teams to implement projects, essential

for a globalised market.
Alessandra became the Princess of the German House of Bismarck since her marriage
with the head of the House of Bismarck, fluent in five languages, has authored a book,
directed and produced a documentary. She has lived in main capitals in three continents
along the years, studied business administration at Mackenzie University, in Sao Paulo,
Brazil, international marketing at the American University of Paris, French Literature at
Sorbonne University Paris, France. She advocates for fastening the pace of the necessary
shifts in society to achieve better life standard, increase global prosperity, by combining

traditional values and cultural heritage with the implementation of cutting edge tech-
nologies for the creation of Smart eco-sustainable cities, early crypto investor and Angel

investor, she is a board member of Blockchain Compliance Foundation, NFTpro and is an
active advisor & connector to several tech startups and companies in Series A.