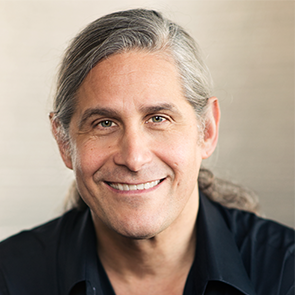 Greg Meredith founded RChain Cooperative in 2017 with the purpose of creating a blockchain scalable enough to serve as the coordination infrastructure necessary to deal with the global consequences of climate change. Prior to that he worked with Vlad Zamfir and Vitalik Buterin to specify the Casper protocol. Prior to that Greg discovered the Rho-Calculus and Namespace Logic. He also co-authored the WSDL standard and was the principal architect of Microsoft’s BizTalk Process Orchestration (voted product of the year in 2004) and arguably the first Internet-scale implementation of smart contracts. Prior to that Greg worked with Christine Tomlinson at MCC, the first consortial research group in the US, to co-develop Rosette, the first industrial scale reflective actor-based language, which he used to help develop key tools for telecommunications companies and the financial industry, including an ATM network management system for NCR. Greg also did a brief tour in life sciences research and development, holding a position as a visiting scientist at the Fontana Lab at Harvard Systems Biology and similarly as a visiting scientist at the Trento System Biology Research Institute. Greg has published many papers in widely respected conferences, and holds numerous patents in distributed computing. He studied at Oberlin college and later with Samson Abramsky at Imperial College where his work on the semantics of the π-calculus became the basis of Microsoft’s flagship workflow product. Greg is also a musician, having toured the USA and performed in Europe with Robert Fripp and the Orchestra of Crafty Guitarists, and played on stage with Senegalese drum master Mapathe Diop, and released several albums, notably The Path of Totality and the forthcoming Queen’s Breath with the ensemble known as The Crown. He stays active by running, swimming, practicing both Yang and Chen style Tai Chi, and walking his Australian Shepherd, Fiber. Finally, Greg does not believe in the cult of personality and as he writes this wants his readers to know that RChain’s true virtue lies in its collective intelligence and the strength of its community. We will only be able to deal with what’s coming by learning to work together at a level we have never worked together before in all of human history