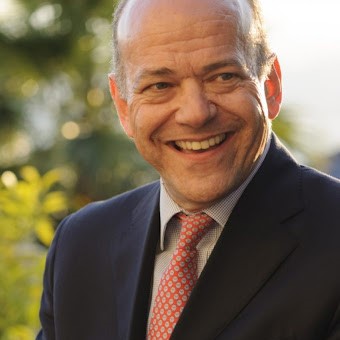 @ Minister for Digital and Financial Services, Government of Gibraltar

The Hon Albert Isola MP is Gibraltar’s Minister for Digital and Financial Services with the primary responsibility of raising Gibraltar’s profile as a well-regulated commercial centre particularly in the areas for which he has specific responsibility which include financial services, digital technology innovation and online gaming.
He is responsible for financial services policy, product development, and responding to international initiatives such as international tax compliance and exchange of information. Minister Isola also led in the creation and establishment of the Gibraltar International Bank, a first for Gibraltar as a home-grown full-service credit institution. The Bank has been in operation since May 2015.
Minister Isola previously served as Gibraltar’s Minister for Commerce where he played a central role in driving the creation of the world’s first purpose-built DLT regulatory framework, which became law in January 2018 for firms using blockchain to store or transfer value belonging to others.
He has been a Minister in the Government since his by-election win for Gibraltar’s governing parties, the GSLP/Liberal Alliance, on 4 July 2013. Minister Isola had previously been a GSLP member of the Opposition in the then ‘House of Assembly’ (‘Parliament’ under the new constitution) from 1996 to 2000. Prior to re-entering Parliament, he had been a Partner at a major Gibraltar international law firm, ISOLAS, since 1985.
During his extensive legal career, Minister Isola specialised in all aspects of property development and its financing and led the Financial Services team. He also regularly acted as an adviser to the Financial Services Commission.
Minister Isola was educated at Stonyhurst College, Lancashire (1973-1980) and read Law at Kingston University (1980-1983). He is married and has four children.